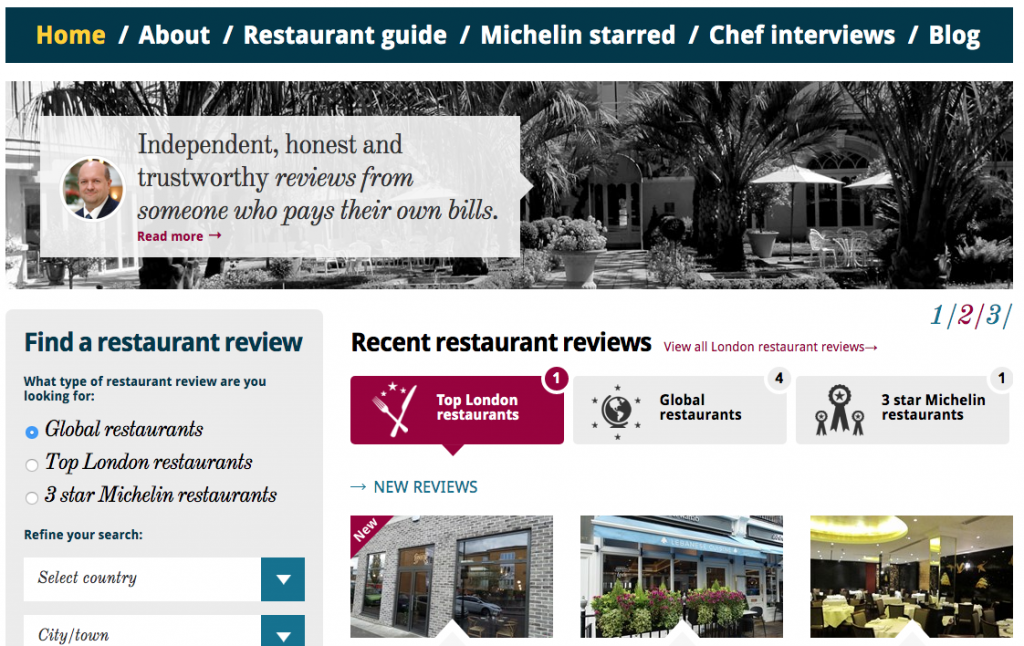 ResDiary has teamed up with Andy Hayler,  the only independent food critic to have dined at all 3-star Michelin awarded venues around the world.

The author of  “The London Transport Restaurant Guide” and a freelance food writer for various publications, he was also guest critic on the first four series of BBC’s “Masterchef: The Professionals.”, and wrote the Paris section of National Geographics’s “Food Journeys of the World”, published in 2009.  He is also the restaurant critic for Elite Traveler magazine.

As a ResDiary customer you can benefit from commission free bookings on Andy Hayler’s restaurant guide.